I joined the Visual Geometry Group (VGG) at Department of Engineering Science of the Oxford University in 2016. I have pursued many projects in this role and this page contains a list of some of these projects.

Identical images have the same image dimension (i.e. image width, image height, number of colour channels) and same pixel value in all corresponding pixel locations. FII is a command line tool to find all identical images in a folder. It can also find images that are common in two folders.

VGG Image Annotator (VIA) is a simple and standalone manual annotation software for image, audio and video. I started developing VIA in August 2016. This was my first project at the VGG and I have been developing and maintaining this open source software since then. The VIA software has now been used more than 5,000,000 times since its public release in 2017. VIA runs in a web browser and does not require any installation or setup. The complete VIA software fits in a single self-contained HTML page of size less than 400 Kilobyte that runs as an offline application in most modern web browsers.

The VIA software has quickly become an essential and invaluable research support tool in many academic disciplines (e.g. Humanities, Zoology, Anthropology, Medicine, Engineering, Geography, Art History). Furthermore, it has also been immensely popular in several industrial sectors which have invested in adapting this open source software to their specific requirements. 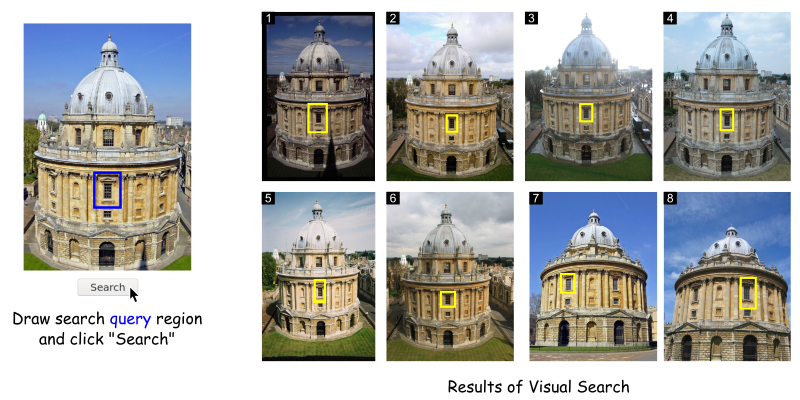 VGG Image Search Engine (VISE) is a free and open source software for visual search of a large number of images using an image as a search query. VISE builds on the C++ codebase developed by Dr. Relja Arandjelović during his DPhil / Postdoc at the VGG in 2014. I have been developing and maintaining this software since 2017 with the goal of creating an easy to install and easy to use visual search engine that works across Windows, MacOS and Linux platforms.

Image Comparator is a standalone, lightweight and cross platform (Windows, MacOS, Linux) software application for comparing a pair of images. While this software can compare any type of images, it is quite popular among book historians who are using it for comparing different copies of early modern texts (i.e. collation process). Here is an online version of this tool.