I completed my Bachelor’s degree in Computer Engineering from the Institute of Engineering – Pulchowk Campus, Tribhuvan University (Kathmandu, Nepal) in 2009. For my undergraduate degree’s final year project, I worked on Real Time Face Tracking and Recognition (RTFTR) which is an open source project that can track and recognize human faces in a video stream. It was this project that inspired and propelled me into a research career leading to a doctoral research in Computer Vision and Machine Learning. During my undergraduate degree, I worked on the following projects. 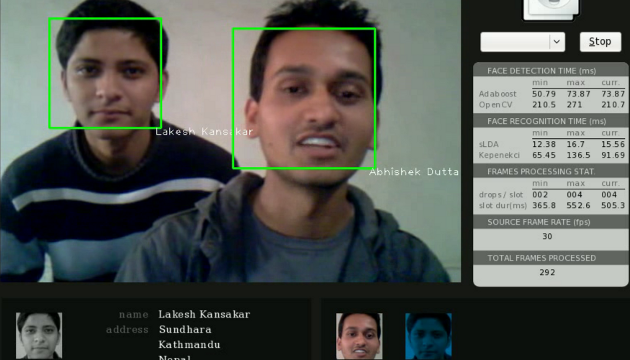 A tribute to Donald W. Davies

Interfacing with the ISA Bus

The idea of kinbech@IOELIVE popped into our head in August 2005. We did not start the work right then because of the EXAM SESSION in September. The work began from Sep. 25 with the Database Design. We had the final design of the DB several times but we kept on making small changes even a week before the launch date.The launch date also got postponed several times :). This is what the professionals even cannot avoid. The real coding began in October and everything was wrapped up as IOELIVE.com in mid November.We never wanted to create a replica of EBAY.com .We wanted everything to be simple and user friendly.We took the inspiration from Google’s GMAIL. ;-)

We are always looking for programmers and designers to work on this site. As we do not make any money through this website, we will not be able to pay you anything for your work.We are eager to add new member’s to our team.You only need to have hands on experience with php-mysql-apache-html.You can contact us at our email.

If you think there is something missing or you have come up with a great idea that would be worth putting on this site, send it to us at ioelive at gmail.com. We will add your stuff with proper credit to you at IOELIVE. You can send us your idea about anything in this website(design,codes,articles, ….).

We hope you had a great time browsing this website and it had been of some use to you. This is what we have worked for ;-)