I strongly believe in the following motto: "Competition builds quality" and therefore I have always keenly participated in many competition and challenges in different stages of my career. I have greatly benefited from these participations — more in particular from those competitions in which I did not receive any award. Many of these participations helped me learn practical team work and project management skills that are essential for collaborative projects.

I have received many awards and innumerable number of appreciations for my work. Here is a description of my awards so far.

Prof. Andrew Zisserman nominated me for the Mathematical, Physical & Life Sciences Division (MPLS) Early Career Impact Award 2019 for my work on developing the VGG Image Annotator (VIA) software. This software has been used more than a million times since its public release in 2017 and has been described in this paper published as a part of the ACM Multimedia 2019 conference proceedings. I received the MPLS Early Career Impact Award 2019 (along with cash prize of £1000) from Prof. Alison Noble on Feb. 19, 2019 at the awards ceremony organized in the Joseph Hotung Auditorium of the Mansfield College. My award certificate has the following citation:

Here are some news covering this award: 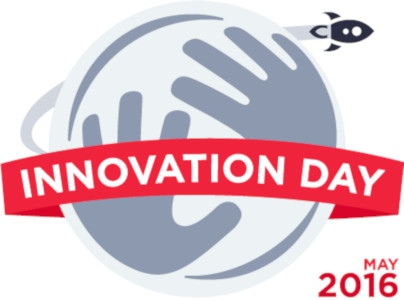 Of the 80 ideas submitted by TomTomers all over the world to the Innovation Day May 2016, seven teams were selected to present their ideas in the finals on May 25, 2016. My submission was awarded the second prize in this competition of ideas.

I worked as a Senior Engineer at TomTom International BV from Jan. 2015 to May 2016. I researched, conceptualized, designed and developed hardware and software for future generation product concepts as an innovative member of a multidisciplinary concept team based in the Product Lab based in Eindhoven (Netherlands). To preserve the confidential nature of my work, I will not describe any further details about my project. 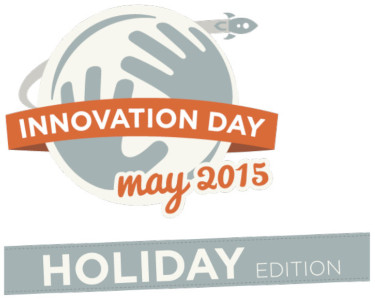 Of the 55 ideas submitted to the TomTom‘s Innovation Day of May 2015, seven teams were selected to present their ideas in the finals on May 20, 2015. My idea was selected under the “Best New Product Idea” category and received highest scores from all the five jury members.

Just after 4 months into my role as a Senior Engineer at TomTom International BV, I participated in the Innovation Day event which encouraged all the staff to submit their ideas for novel and innovative product concepts. I was based in the Product Lab department in Eindhoven (Netherlands). To preserve the confidential nature of my work, I will not describe any further details about my project.

Out of the 35 posters submitted, 19 posters were selected to be presented at the poster competition. My poster received the first prize (and a cash prize of 500 euros) in this poster competition at the University of Twente (Netherlands)

In this paper, we propose a non-frontal model based approach which ensures that a face recognition system always gets to compare images having similar view (or pose). More details about this work is available in the abstract and poster presented in this symposium. 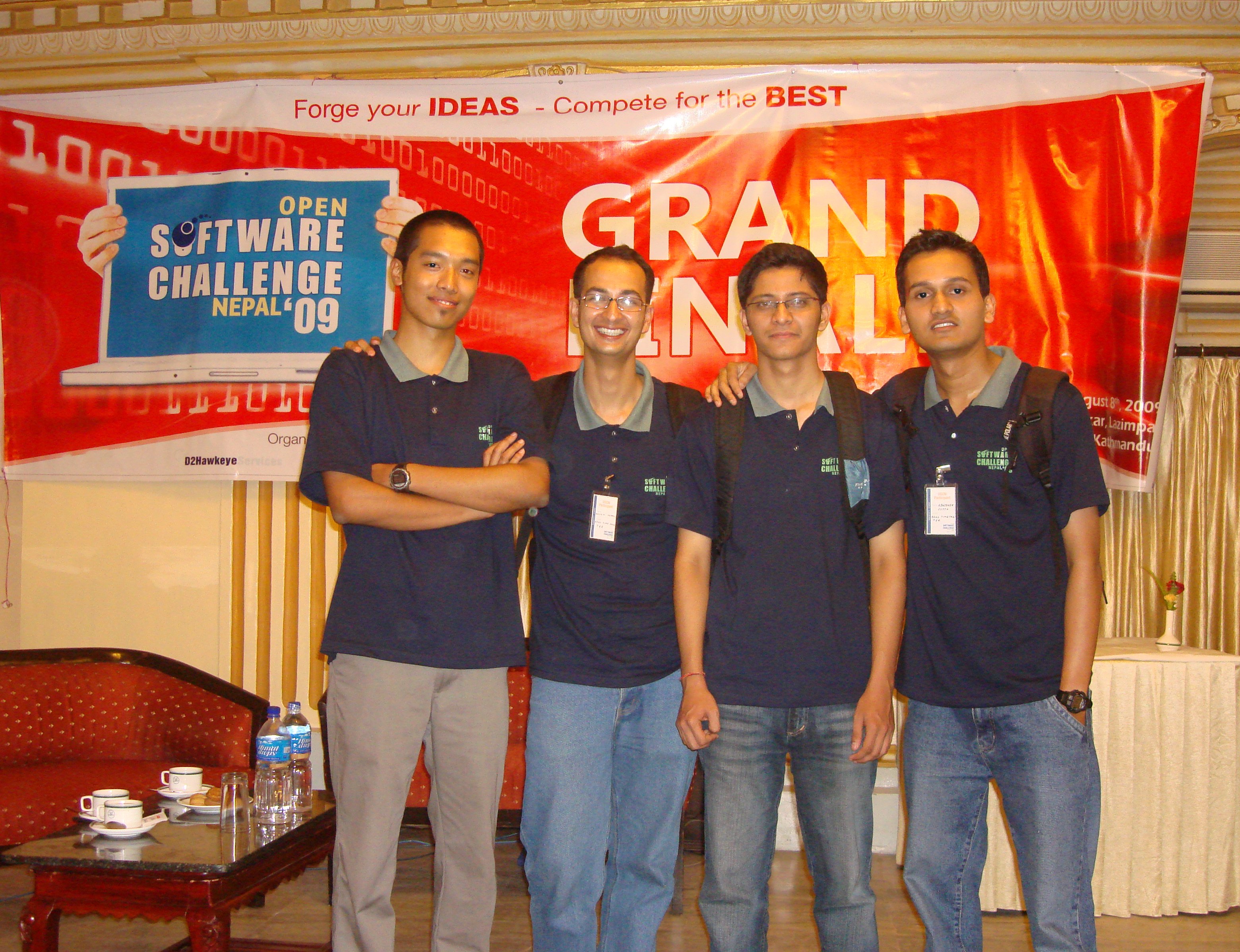 Open Software Challenge Nepal (OSCN) – 2009 was jointly organized by D2HawkeyeServices and Institute of Engineering ( IOE ) -- Pulchowk Campus. More than 70 projects submitted from all over the Nepal competed for the top three prize. We won the second prize (along with a cash prize of NRs. 50,000) for our open source software Real Time Face Tracking and Recognition (RTFTR). Here are the project proposal and presentation slides used for OSCN-2009.

RTFTR is an open source project which can automatically track and recognize human faces in a video stream. More details are available in the RTFTR project website. Here are some additional sites covering OSCN-2009 and the RTFTR project (unfortunately, many websites, including the official OSCN 2009 website have gone offline): 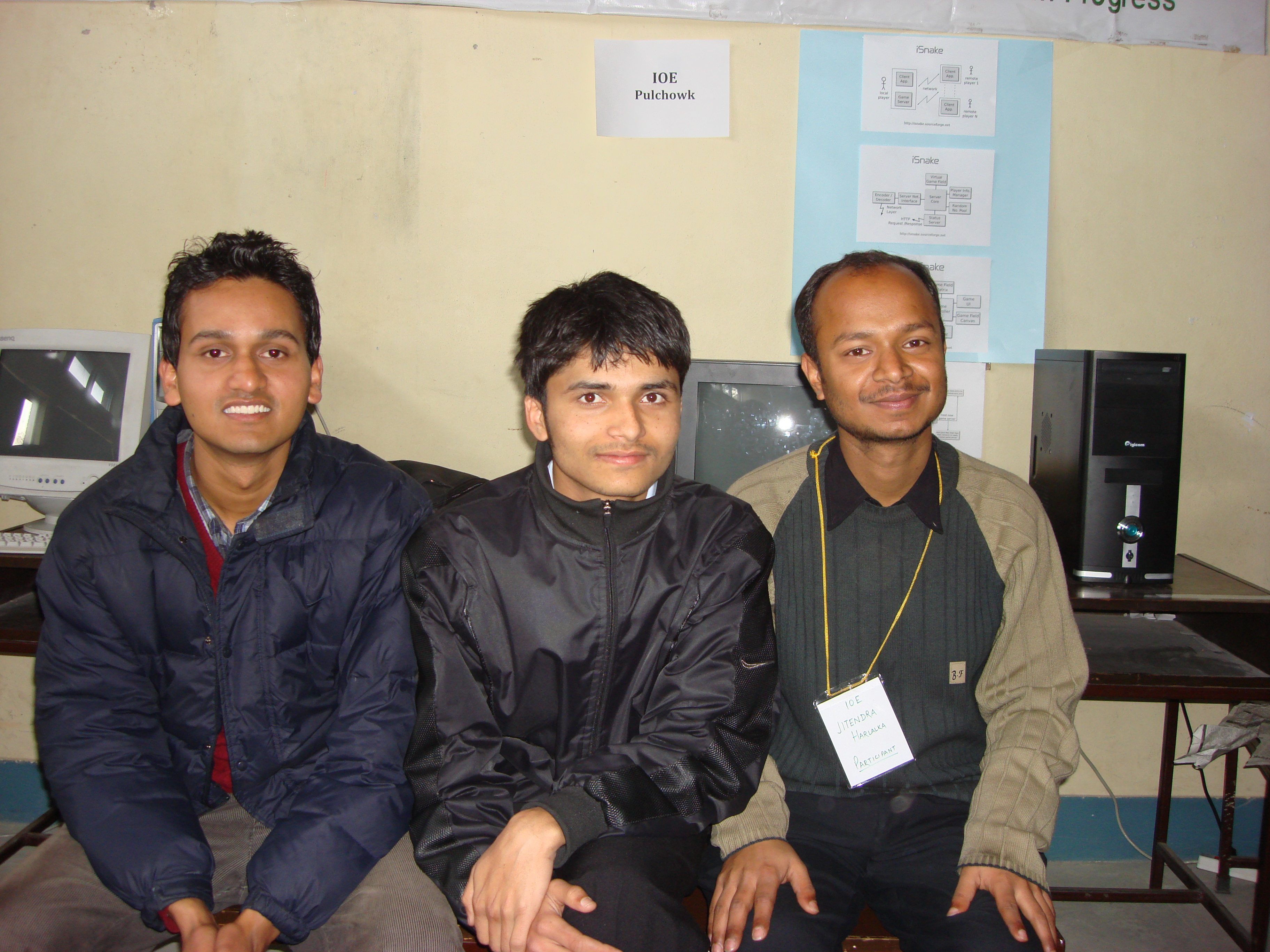 Our team received second prize in the open software competition of LOCUS 07/08 organised by Institute of Engineering, Pulchowk Campus, Nepal from May 08-10,2008 for our open source game iSnake.

iSnake is a Java based multiplayer snake game (popular among cell phone users) which includes a computer controlled intelligent opponent whose aim is to challenge the human players during the game. More details are available at the project website. 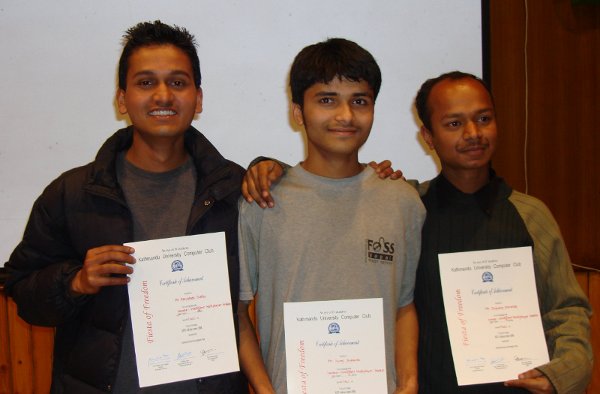 Our team received the first prize in the Inter College Undergraduate Project Competition – KUCC Software Meet 2008 organized by the Kathmandu University on March 7, 2008 for our open source game iSnake. Here is the abstract, project report and presentation slides used for the KUCC-2008 competition.

iSnake is a Java based multiplayer snake game (popular among cell phone users) which includes a computer controlled intelligent opponent whose aim is to challenge the human players during the game.

We started work on the iSnake project in 2007. We faced a setback when we did not win any prizes for this software in the LOCUS 2006/07 competition organised by Institute of Engineering, Pulchowk Campus (Kathmandu, Nepal). It was one of my first failures and this project did hit me very hard because after the past win in LOCUS 2005 I had started to feel more confident — after this failure, I had lost most of my confidence. This failure taught us many important lessons on the value of project management and the importance of user interface design. We regained our confidence and redesigned not only the user interface but also the underlying software code to support additional features (like multiplayer gaming, intelligent computer controlled opponent, etc). In the winter of Feb. 2008, I and Jitendra moved to Suraj‘s single room rented apartment with our bulky desktop computers. We spent few weeks continually coding, integrating and testing of our software code written in Java — going out only to eat and recharge ourselves. With this game, whose source code was still littered with debug statements, we participated in the KUCC Software Meet – 2008. This was my first experience of participating in a software competition outside my own undergraduate college. For some unknown reasons, we managed to demonstrate our software with great confidence to the judges of this competition. We also talked about how we collaborated using a subversion (svn) code repository at sourceforge.net, our team work and the reasons for making our software open source. We received the first prize and this bolstered our confidence. We had now formed a very strong team to further develop the iSnake software and participate in future LOCUS competition.

We built an ebay like website (called kinbech, which is a Nepali word for buy and sell) for students of our college to buy and sell used books. We received second prize in the website design competition of LOCUS 2005 organised by the Institute of Engineering, Pulchowk Campus, Nepal.

The annual LOCUS competition at the Institute of Engineering, Pulchowk Campus (Kathmandu, Nepal) was launched by an enthusiastic team of students in 2004. I was in the audience during the launch ceremony of its first event in 2004 in which the students introduced the following motto of this competition: “Competition builds quality”. At that time, I did not realise the impact that this competition and its motto will have in shaping my career trajectory and aspirations. Looking back (in 2019), I can see how the motto of “Competition builds quality” has positively influenced all my activities and perception of open competitions. I still continue to participate in competitions with the same positive energy that brings out the best in all the participants.